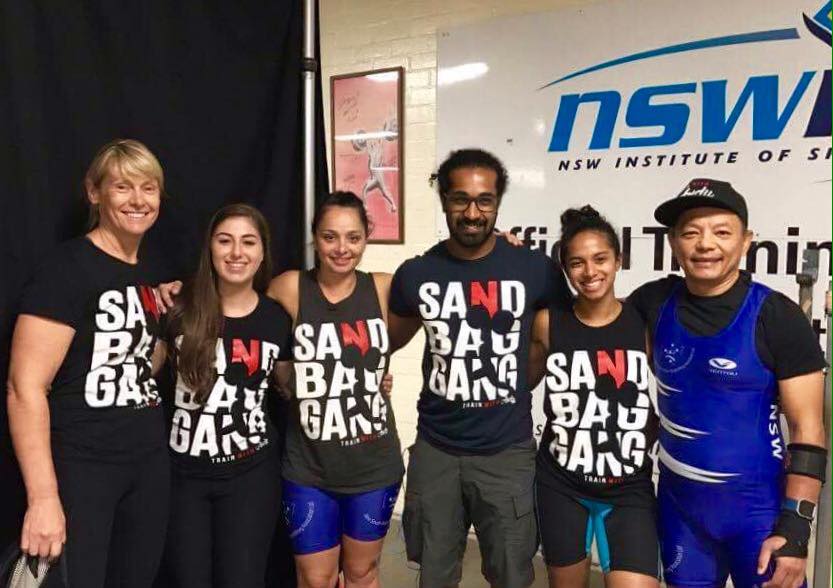 The team made their way down to the NSW State Sport Centre to participate in the Ralph Cashman Open Competition 2017. In a competition that brought athletes from all spans of the athletic spectrum, it was nice to see our little club represented by 5 lifters. Bo, Carlene, Elisha, Kush and Sue did us very proud.

For Bo and Elisha this was their first ever weightlifting competition. Both performed like champions hitting PR’s and getting a majority of their lifts.

Carlene was all business today. Warming up and competing like a pro. she hit all her snatches and clean & Jerks going 6 for 6. A comp PR on the way to peaking for her World Masters Debut was just cherry on the cake!

Kush came out swinging for a big snatch, but it just wasn’t there today. But that’s ok, with no taper and a fairly heavy week beforehand, I’m sure we’ll see some big lifts at the Australian International. She made up for it hitting some big clean & jerks though, can’t be unhappy with that.

Sue had her mind set on breaking some NSW State Masters records. She did this easily on her second lifts and then went on to hit some bigger ones for her final attempts.

If you want to check out the team lifting check it out in the video below: