Meet Bo. Bo is a fan favourite character at competitions and on social media alike. After beginning training 2 years ago, Bo quickly decided that he could and would be the best and has dedicated the last year to training to compete at the World Masters Games in Barcelona! I’m super proud of him qualifying and can’t wait to see what he pulls of in his international competition debut in Spain 🙂

I guess you are never too old to start getting strong and never too late to start competing..

Check out his video below: Meet Ian. Ian started training with his wife Chris (check out her video) just over 6 months ago, and has quickly become one of our favourite people at the gym. Quick to make a joke, always up to lift and always wanting to improve week after week! A lot of the strength work we’ve worked on has been with the end goal of Ian being able to successfully Snatch and Clean & Jerk on the competition platform for his 70th birthday. I can’t wait to see him do just that next year!

Check out her video below: Keeping your arms straight and relaxed in you pulls can be hugely beneficial in the efficiency of your Olympic lifts. This isn’t true in all cases but for Coral it does affect the amount of power she can generate in her clean and snatch.

A really simple cue to help with this is to thing of your arms as spaghetti. They are only tethered to the bar by your hookgrip, not by a death grip on the bar..

Try it out and tell me how you go! Dipping Forward In Your Jerks

Are you dipping forwards in your jerks? You may be trying to step through way too early.. Stepping through is a great cue when used and executed correctly. So is pushing yourself down in the jerk. Luis has been unstable in his jerks today so we cued him to focus on pushing himself down. Rather than focusing on a cue that may not be working for you. Try to film yourself from the side and see what you’re doing wrong. Try fix it that way!

This cue seemed to help Luis, maybe it will help one of you, if not try find one that will 😀

Let me know how you go, in the comments below! Dropping Your Elbows in the Jerk | RAW Quick Tips

Dropping Your Elbows in the Jerk

Dropping your elbows in the jerk is a bad habit that will halt your progress. Try adding a simple dip or two before your Olympic Jerk to re-pattern the movement. All we ask is that you keep pushing up on the bar and stay braced and slow on your way down, it will improve your weightlifting & CrossFit in no time!

This will carry over to all variations, push jerks, power jerks, squat jerks and split jerks.

If you have any questions please leave them below.

Don’t Drop Your Elbows in the Jerk We’re pretty excited for this one! The Hunter Barbell Club Open Competition this Saturday the 17/06/17 is going to be a fun one. Steeped in history the Newcastle Region has in the past been a powerhouse for Australian Weightlifting. Places like the Hunter Barbell Club are trying very hard to renew the sport in the region. We love this!! Rhe, Coral, Bo, Andy & Jack are all competing and I’m hoping most of the RAW Barbell Sandbags will end up coming up with us to watch support, and get some wine afterwards? All we’re asking for is the cost of a coffee!

In this episode of the RAW Barbell Club Podcast Andy explains his training or lack there off in the lead up to Olympic Weightlifting Nationals. If someone gets hurt often they’ll try to work around their injury. Joined by our Physiotherapist Kush, we talk about how we completely changed training to kill this issue once and for all, rather than just trying adapt it.

Want to help us keep making these podcasts?

In this episode of the RAW Barbell Club Podcast I sit down with Yannick Mifsud from Shred Fitness to talk about getting more people into the sport of Olympic Weightlifting from all walks of life, whether it be powerlifting, general gym folk or CrossFit. This week we made our way to the Odd Socks Halterophilie for their first team Bundesliga Weightlifting Competition.

The competition was really well run, a bit hard to understand at first, due to the format and rules, but once I got it it was really easier to get the gist.

I had a lot of fun and think the team did too. Shout out to all the lifters that competed, you guys did great!

Here’s some commentary on how the RAW Barbell team went. 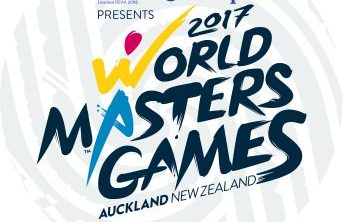 Next Week begins the 2017 World Masters Games in Auckland, New Zealand. Weightlifting is one of the big sports that take part in the games that celebrate the fact that it’s frankly never to late to find a sport you love and can compete in. More on transport to and from the venue HERE

We have almost 50 odd lifters competing from Australia including RAW Barbell Club’s very own Sue Rennett and Carlene Portela. If you are in NZ or decinding to travel there soon I’m pretty sure you can still buy tickets. Do you have any Aussie mates competing? You can check when they are on below. You’ll need to cross reference the lifter from the start list with the schedule.

Sue competes on Tuesday 25th of April at 2:30pm NZST (12:30 in Syd) and Carlene Competes on the Friday 28th of April at 3:00pm NZST (1:00pm in Syd). Unfortunately the event will not be televised, but there is going to be a livestream, and The World Masters Games have however promised highlight reels and updates on their very own Twitter and Facebook pages though.

You can watch our green and gold lifters here –> LIVE WEBCAST

I’m personally super proud of Carlene and Sue for taking the gargantuan steps to both qualify and compete at the 2017 World Masters games. And all of us Sandbags, from RAW Barbell Club are wishing them and the rest of the Australian team all the best of luck as they compete!

If you are competing and looking for a place to train in the lead up click – HERE.