How to Keep Your Shoulders Back Properly | RAW Quick Tips

How to Keep Your Shoulders Back Properly

Everyone gets cued to pull their shoulders back in a lot of training modalities. Our own physio/coach Kush shows Jane how to properly cue this in her RDL’s. Off course it’s a long process and we are going to develop Jane’s upper back through some serious training, but I’m hoping this cue will help one of ya’ll!

So Check out this video below for Coach Kush’s quick tip to help her improve Jane improve her positions!

Let me know how you go!

Check out Coach Kush on her own website for more nugget and pearls:

RAW Quick Tips – How to Keep Your Shoulders Back Properly What is Bar Whip?

Bar Whip is the oscillation that occurs when the bar changes directions quickly. It occurs because modern barbell are created to be somewhat elastic. This makes it possible for bars to bend and ‘whip’ when ther is heavy enough load on the ends of the barbell. The whip of a bar is most noticeably once weights get ‘heavy’ enough, and can affect everything from the Snatch/Clean & Jerk all the way to things like Squats and Deadlifts. Obviously different makes of bars have different tensile etc. so some are stiffer and others are ‘whippier’.

How to Deal with Bar Whip!

Lifting big weights is hard, especially when you get to the stage that bar whip becomes a factor. For men it’s not really an issue until you get past 150kg, and for women about 100kg (on a 15kg bar). Once past these numbers the Olympic Lifts change quite a bit.

I’ve found ways to help deal with the whip.

2) Learn how to ride the whip

3) Minimise the amount of plates you use

Jack Almost Cleans 161 – but gets crushed by the whip

We’ve said it before and we’ll say it again, Strength is never a weakness. If the whip is crushing you, it might be a good idea to get much much stronger. Where as before you may have been able to clean 90% of your front squat. When the whip becomes an issue that will have to change. You may need to really up your strength so you are cleaning only 80-85% of your front squat. That surplus in strength will help you not get crushed when the whip adds another 5-10kg’s to your bottom position.

Learn How to Ride the Whip

I don’t really like our athletes bouncing out of cleans and squats until they get closer to their comps, but learning to ride the bounce becomes really helpful when you have to also ride the whip of the bar. You can practice riding whip on light weights by loading the bar with a few clip on the collars before you put actual weight on. This moves the weight outwards causing more whip without a significant load increase. Eventually your timing should improve enough that you’ll be able to catch that clean, dip that jerk or bounce out of that squat much much easier.

Minimise the Amount of Plates you Use

This seems obvious if you really think about it, and it’s basically the reverse of what we talked about in the last paragraph. Rather than making the plates further out on the barbell, we want them closer together. If we use 170kg as an example you have a few ways of loading it. You can load it lazy, for example with 2x20kg plates, 2x15kg plates, 6x10kg plates, 2x5kg plates, 2×2.5kg plates and 2×2.5kg collars this will extend a fair way along the bar and cause the bar to whip a fair bit. Alternatively you can load the bar with 3 sets of 25kg plates and be done with it. It may be hard to unload and load your warm-ups but it might just be what you need to help you get out of that squat or make that jerk/clean.

Lifting big weights is hard. Try to make it easier for yourself ;P 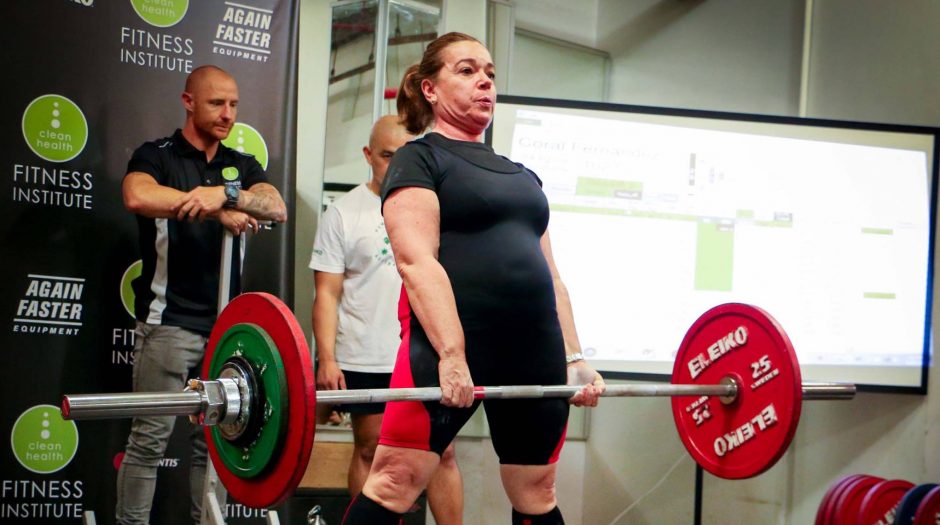 Though we pride ourselves in being mainly an Olympic Weightlifting Club, we also have a huge focus on strength and competing in strength sports whether it be Powerlifting or even CrossFit. Our hybrid powerlifting program combines absolute strength training with the speed strength and technical mastery of weightlifting to create a fun and engaging training block designed to make you stronger, faster and better.

Check out the team training and Coral hitting PR’s in her Powerlifting training. Alex hitting some bigger lifts with good technique, Karen breaking through some mental barriers and Lil Jack back to some actual lifting.


If you are interested in trying our Powerlifting Training Program, come train with us. We’ll show you the ropes, teach you the technique and get you ready for competition 🙂 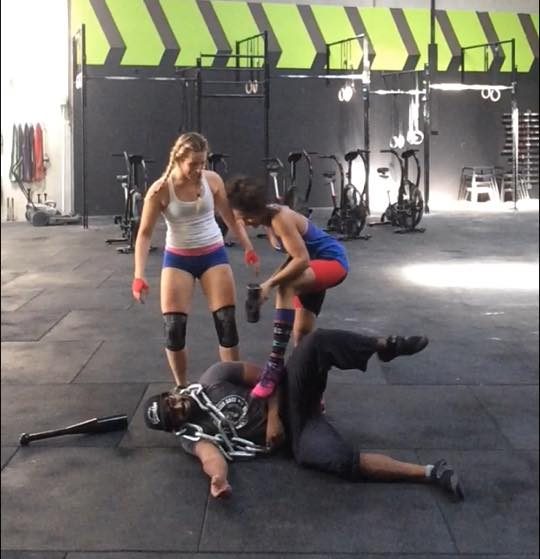 Another old video you say? Meh, I like looking at how our lifters have progressed.. In what seems like a super long lifting marathon, the team go through heavy snatches, clean & jerks, squats and deadlifts.

Sara from AMRAP Active drops in to train with us, as Does our friend Vu.

Andy and Steve also jump in to train!!

ALL WEIGHTLIFTING HOUSE BARS & BUMPERS ARE ON SALE Dismiss